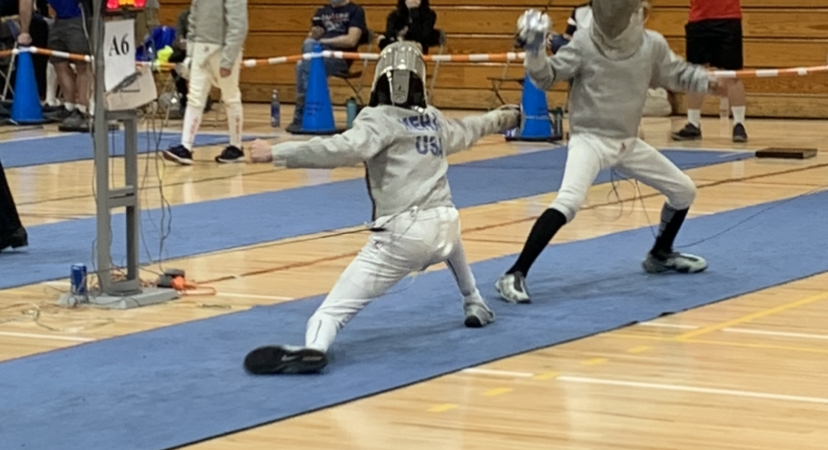 Between the Durkan Rooster Div1a and the Integrity Cup RYC & ROC, we have had quite a few great performances between older and younger kids. 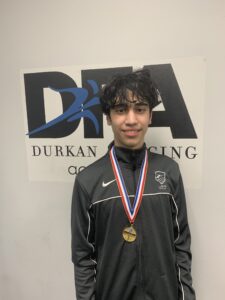 Stamford brought medals from all around, ranging from Y12 all the way to division 1A.

Starting off strong, we had Y14 Womens Saber (Integrity Cup). Fencers Ruth Mund, Sam Maryash, and Esha Nayak all did exceptionally well after pools, with Sam getting 2nd, Esha getting 5th, and Ruth getting 8th. Ruth and Esha both made it all the way to top 16, and Sam made it to the semi-finals before barely losing.

Later that day in Division 2 Women’s Saber (Integrity Cup), Ruth, Sam, and Esha all did well once again. Esha was 11th after pools and made it all the way to top 16. Sam was third after pools but also lost in the top 16 to clubmate Ruth Mund. Ruth then won her next two bouts until barely losing in the finals. Despite this, Ruth earned her D22 and got a SILVER medal. Well done girls!

Moving on to Y12 boys (Integrity Cup), Nicky performed on his A-Game, managing to win GOLD. He finished first out of pools, only allowing TWO POINTS to be scored against him between all his pool bouts. He then won his bouts 15-11, 15-6, 15-12, and 15-7 in the finals. Great job Nicky!

The final event for Saturday was Div1a Men’s Saber (Durkan Rooster). Gabriel pushed through pools, finishing 6th after the first round. He then proceeded to win a couple very close bouts 15-6, 15-13, and 15-14, before just barely losing in the semi-finals. Because of this spectacular result, Gabriel has now qualified for Division 1 Men’s Saber at Summer Nationals with his teammate Ryan Kim-Cogan. Congrats Gabriel!

Throughout the rest of the weekend, we had some other great performances such as George getting 23rd after taking a small break from tournaments. However, we had no other medals. Overall, Stamford had a great weekend with a total medal count of 3 (all of which were top 3 performances at the minimum). This was the last tournament before Summer Nationals, so everyone should be putting in their best efforts at practice to get ready for the big event. As the Latin writer Publilius Syrus has said, “Practice is the best of all instructors.”